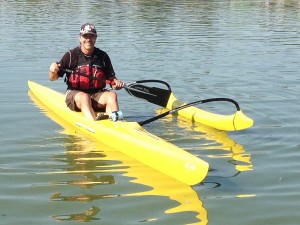 Michael Boyd (Captain Bligh!) serves as President, and is one of the founding members of the Dragonboat Racing Association of Colorado (DRACO), who’s primary goal is to promote dragon boat racing in Colorado.  As Head coach of the Phantom Dragons, Mike has an additional aspiration – to train competitive dragon boat teams to compete in local, national and international races.  One of his dreams recently came true – last year Mike became the first Colorado paddler to ever try out for and be selected as a Team USA crew member.  He raced in the coveted right stroke position on Team USA’s Senior C Mixed crew in the 12th IDBF Dragon Boat World Championships, held in Welland, Ontario in August of 2015.

Mike got his start in dragon boating in 2003, when he formed a team to race in the Colorado Dragon Boat Festival as a fund-raiser to help send three students (including himself) to Brisbane, Australia to compete as part of Team USA in an International TaeKwon-Do Championship tournament. He was instantly hooked on dragon boat racing,

and has continued to coach and serve as captain for teams participating in the CDBF each year. 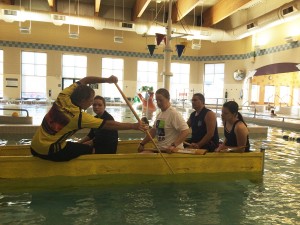 Francisco and Tempe. In the 2011 Arizona competition, his team was awarded the prestigious Spirit of Qu Yuan award for demonstrating outstanding sportsmanship and honor.  More recently, he was recognized in a Letter from Senator Mark Udall for his contributions to dragon boat racing in Colorado, and for his team’s performance in the San Francisco International Dragon Boat Festival.  Most recently, he is heading up the effort to establish a Breast Cancer Survivor (BCS) dragon boat program in Colorado.

Contact Us, and see how Mike can help you and/or your team reach a new level of competitive performance in dragon boat racing!