Congratulations to the Phantom Dragons for their strong showing in the Arizona Dragon Boat Festival held March 28-29, 2K15. Short-handed for the event (as usual), the Phantoms crew had some much appreciated help.  Its Mixed Crew was far more “mixed” than most, with three countries and eight+ individual teams represented in its ranks.

Although the Phantom Dragons didn’t quite make it to the medal round this year, they did post a team best 500-meter time of 2:17.  This year’s Arizona Festival was a very competitive event.  Check out the full Race Results

Many thanks to everyone who raced w/ the Phantom Dragons. Special paddle salute to Kamini Jain and her RAP paddlers for helping fill out our crew, and for giving the Phantoms’ female paddlers a chance to race w/ them in the Womens Division (in which her two teams won silver and bronze medals in the Women’s B)!  Also a shout out to the four Blindstart paddlers who added some incredible strength to our mix!  Thanks, too, to the San Diego Dragon Boat Team members who raced w/ the Phantom Dragons in the 250s, and allowed Captain Bligh to run w/ their Masters crew.  And lastly, paddle salute to Lady Di and Rho, who  got to run the 1000m race w/ the Golden Dragons. Fun stuff!

Here is a few photo taken at the event (courtesy of Kwok de La Luna for those he shared on Facebook – more to come on his web site soon)! 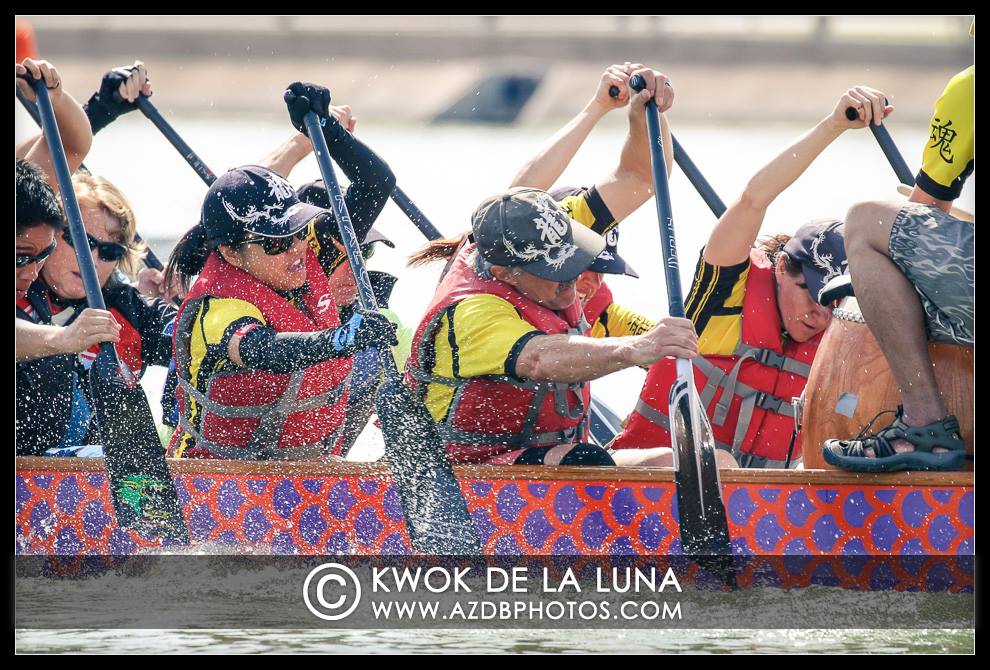